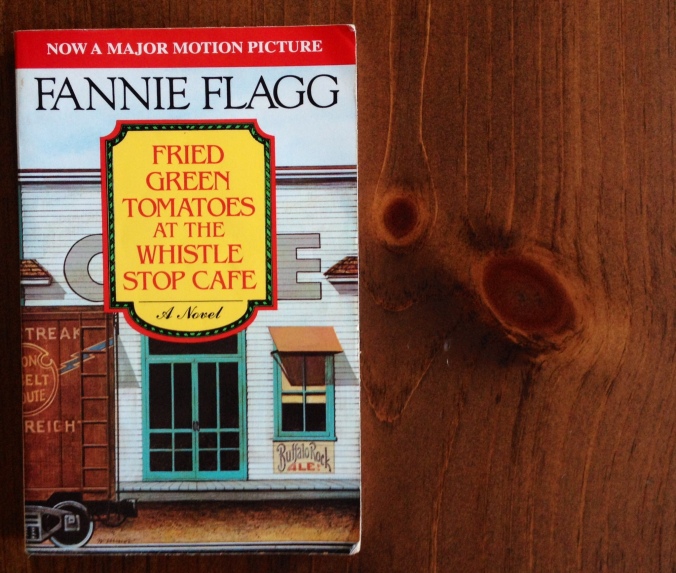 One of the first lesbian romance novels I ever read was Fried Green Tomatoes at the Whistle Stop Café by Fannie Flagg. I was living in Atlanta at the time, and mostly read non-fiction, but after seeing the movie I was curious to know more about the book. I was pleased to discover that the book expanded on the relationship between Ruth and Idgie. Where there was some ambiguity in the movie for those who didn’t want to acknowledge that this was a lesbian relationship, the book was very clear. I think Fannie Flagg did a great job of capturing the South.

A scene that stays with me from that story is when Ruth sends the passage from the Book of Ruth in the Bible to Idgie. It was simultaneously a pledge of love and loyalty and a request to be saved:

“And Ruth said, Intreat me not to leave thee, or to return from following after thee: for whither thou goest, I will go; and where  thou lodgest, I will lodge: thy people shall be my people, and thy God my God.”
— Ruth 1:16-20

Having grown up in the Deep South under the shadow of the pulpit, that passage in the Book of Ruth was always meaningful to me. Initially because it was one woman’s pledge to love and follow another woman, to join their fates together. For the most part, the book is a lesson against tribalism, but you don’t have to make a huge mental leap to read into this passage the plight of any individual who feels as if they are “other.” This is a book that champions the outsider. I can guarantee that growing up gay in the Deep South definitely makes you feel like an outsider.

Part of this sense of “lesser” and “other” is what I’ve tried to capture in my first novel with Bold Strokes Books due out May 2015, All Things Rise. It’s a romance between two women from different worlds who must transcend their own preconceived notions about each other to finally encounter each other in an authentic way. This story is also about loving yourself, and not allowing status quo conventions assign your worth. Oh… and a passage from the Book of Ruth makes a cameo appearance.