Whiskey Sunrise is the story of Lovey Porter and Royal Duval in Prohibition-era Georgia.

Royal Duval is the pride of her grandfather, Duke, from whom she learned all about faith, ambition, and women. After her father passed, Royal inherited his part of the family business: running bootleg whiskey. The back roads of Georgia had been perfect for the dissemination of the much sought after illegal elixir until the local Baptist minister, Abraham Porter, decided to make prohibition his mission, and Royal the target of his evangelical wrath.

Lovey Porter, Abraham’s daughter, is the living embodiment of chaste beauty, until she meets the charmingly handsome Royal Duval. Their growing attraction for each other challenges every belief that Lovey holds dear and calls into question every truth she felt sure was absolute. Even if she must defy her father, in the end, Lovey has to find her own path to faith and love. She alone must decide whether that path leads to Royal.

“If possible, I would have given this book six stars because it’s exactly the type of story that lights my match, tugs my heart strings, and … well, calls to my hopeless romantic side.” – Author D. Jackson Leigh

Meet the Women of Whiskey Sunrise 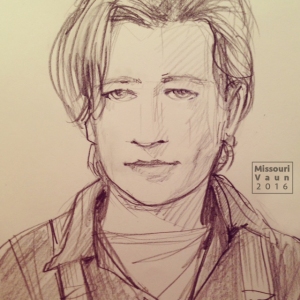